One of the things I can say about Sapporo is that their target audience is not people in their 20s. Unlike Asahi and Kirin, Sapporo makes alcohol for adults who know what alcohol is supposed to taste like and understand that a 9% beverage is not to be taken lightly … even when it's served in a 355mL can. This is certainly the case with Sapporo's Clear Lime Chu-Hi, which is about as bitter as one would expect from a drink inspired by the lime fruit. Weighing in at 9%, it's not something that kids in their early 20s should even attempt without first having a full stomach to help reduce the buzz that will come about from a single can of Sapporo's leisure drink. 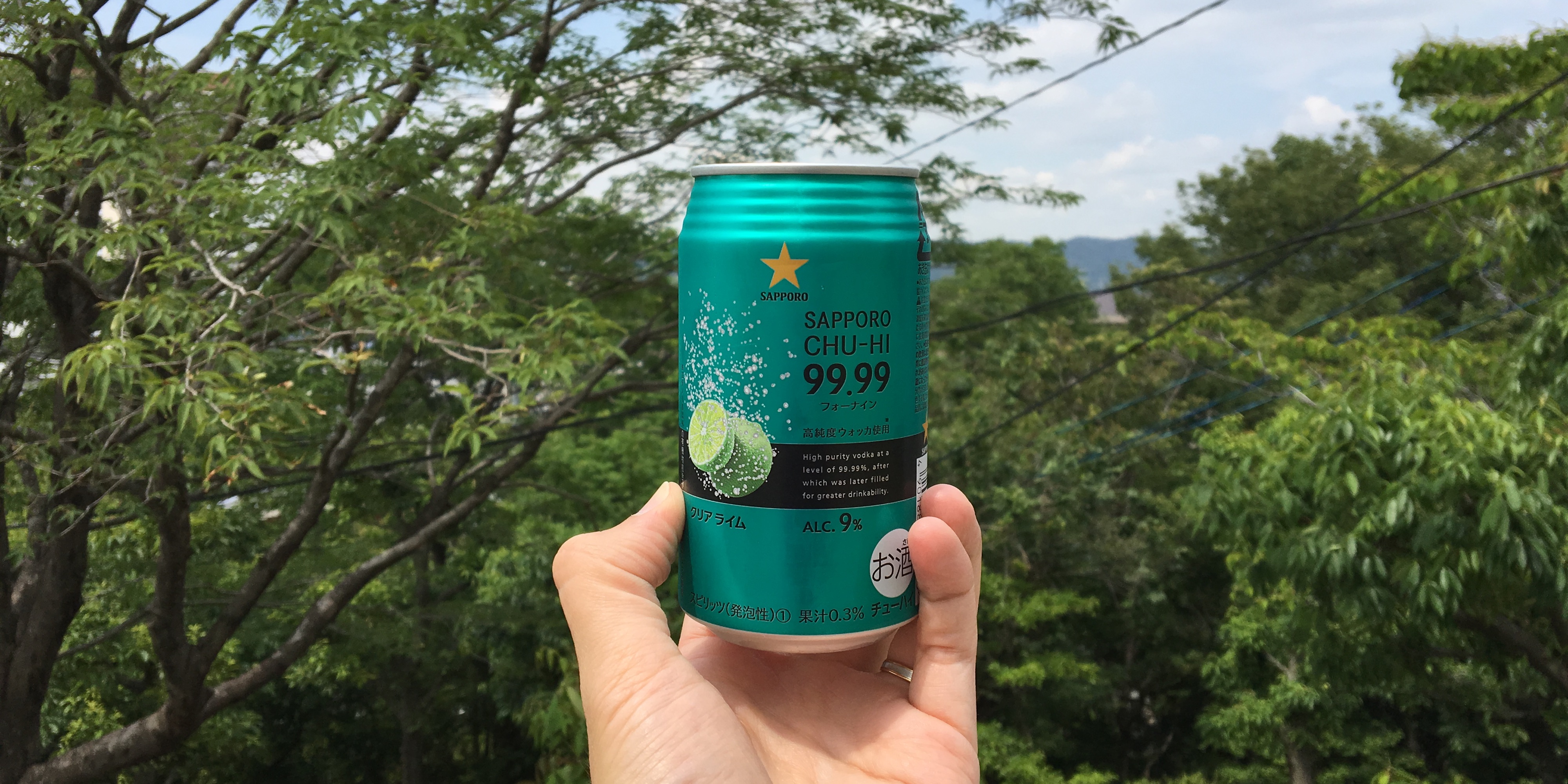 Today I tried one of these for the very first time and, I've got to admit, the smaller can has hit me hard. The lime flavour was very much what one would expect from a lime-based drink if they've ever had the fruit on its own and not as a drink accessory. The bitterness was incredibly refreshing. There is no sugar whatsoever in this drink. I know it's already been said, but this drink is not for people in their 20s. Younger people would like be happier with one of Suntory's "Sour" options given the sweetness of the liquor. The 99.9% vodka in this can is not to be taken lightly. A full 90 minutes after the beverage, I can still feel the buzz.

What's nice is that this can of Suntory Chu-Hi can be found for as little as 98円 at the local Apita or grocery store, with convenience stores charging about 40円 more. I chased it down with another 9% Double Lemon from Suntory, and the two compliment each other ever so slightly. Whereas the Clear Lime is quite sour and a little bitter, the Double Lemon is plain sour with a cleaner citrus taste. I'm not sure if I'll have another 9% Clear Lime, but I am very curious to know how strong the other flavours of the same label might be.