Generally when Japanese companies put "the" in front of their product name, you can expect that whatever that product might be to be unnecessarily strong. This is seen for products such as coffee, various sauces, sodas, and even chewing gum. While looking for something new to review, Kirin's "The Strong" stood out as something that should be tried. White soda is something I've come to enjoy from Suntory, and it would be interesting to taste Kirin's 9% take on the drink.

The verdict? It's certainly strong. 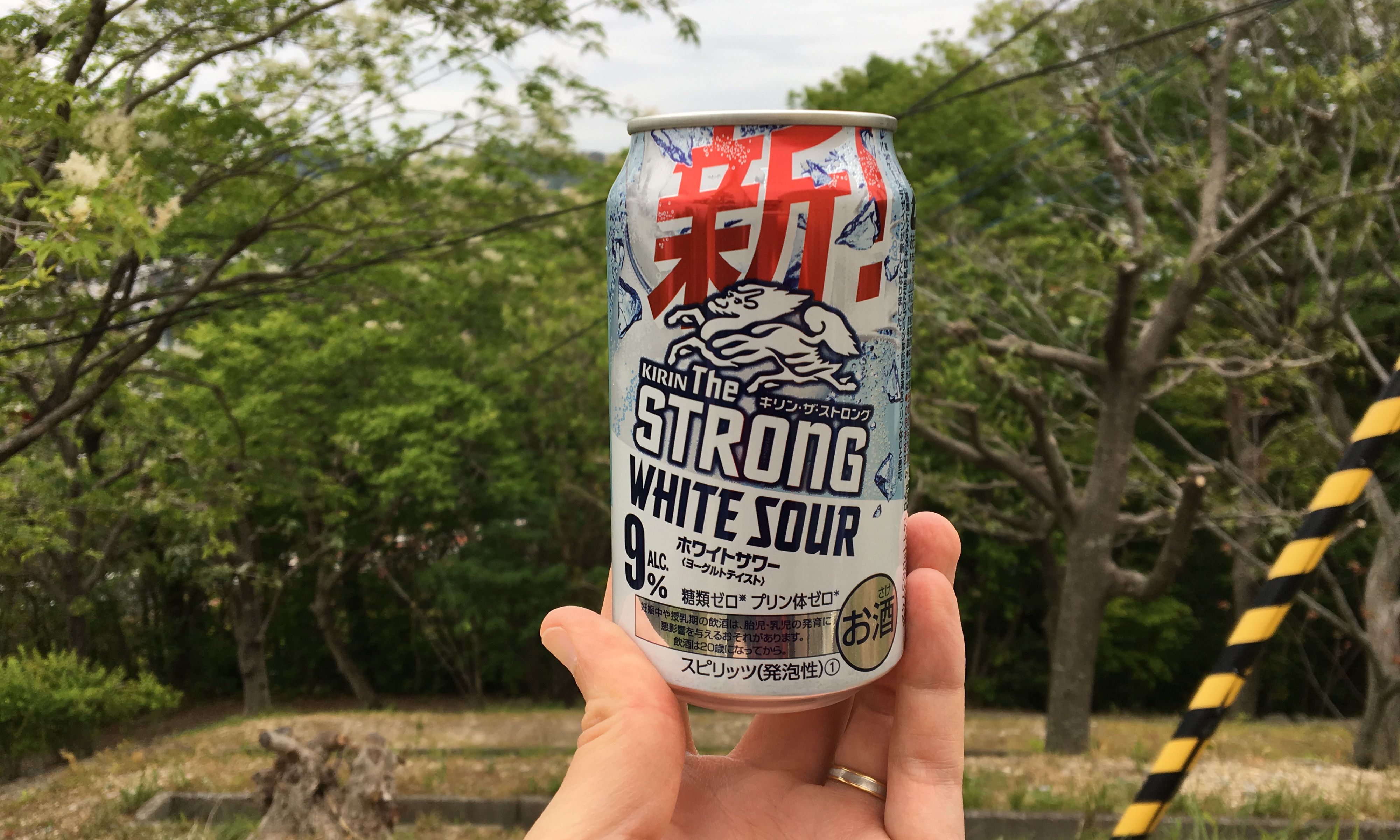 When Kirin puts out a Sour drink, they're not kidding. White Sour went down like a soda with an aftertaste reminiscent of some form of citrus. At 9% alcohol, this one can was noticeable about two-thirds of the way through, bringing a buzz from 250mL like I would expect after a 500mL can of Suntory's Double Grapefruit. All in all, it was an enjoyable can and went down way too quickly. A 355mL can generally goes for 118円 at the local grocery store and will likely be an additional 50円 at the convenience stores. I've not yet found any 500mL versions of The Strong White Sour, but Kirin most likely has them sold in cases rather than individually.

This is something that I'll definitely enjoy again later this summer.