TV Commercials for Suntory's Strong Zero line of Chu-hai drinks gives people the impression that there's a great deal of flavour and they'll come away refreshed with every gulp. As one would expect from marketing, reality is quite a bit different. Over the years I've tried a number of "dry" beverages from companies like Suntory, Asahi, and Kirin only to be disappointed. This drink, however, is a little different. 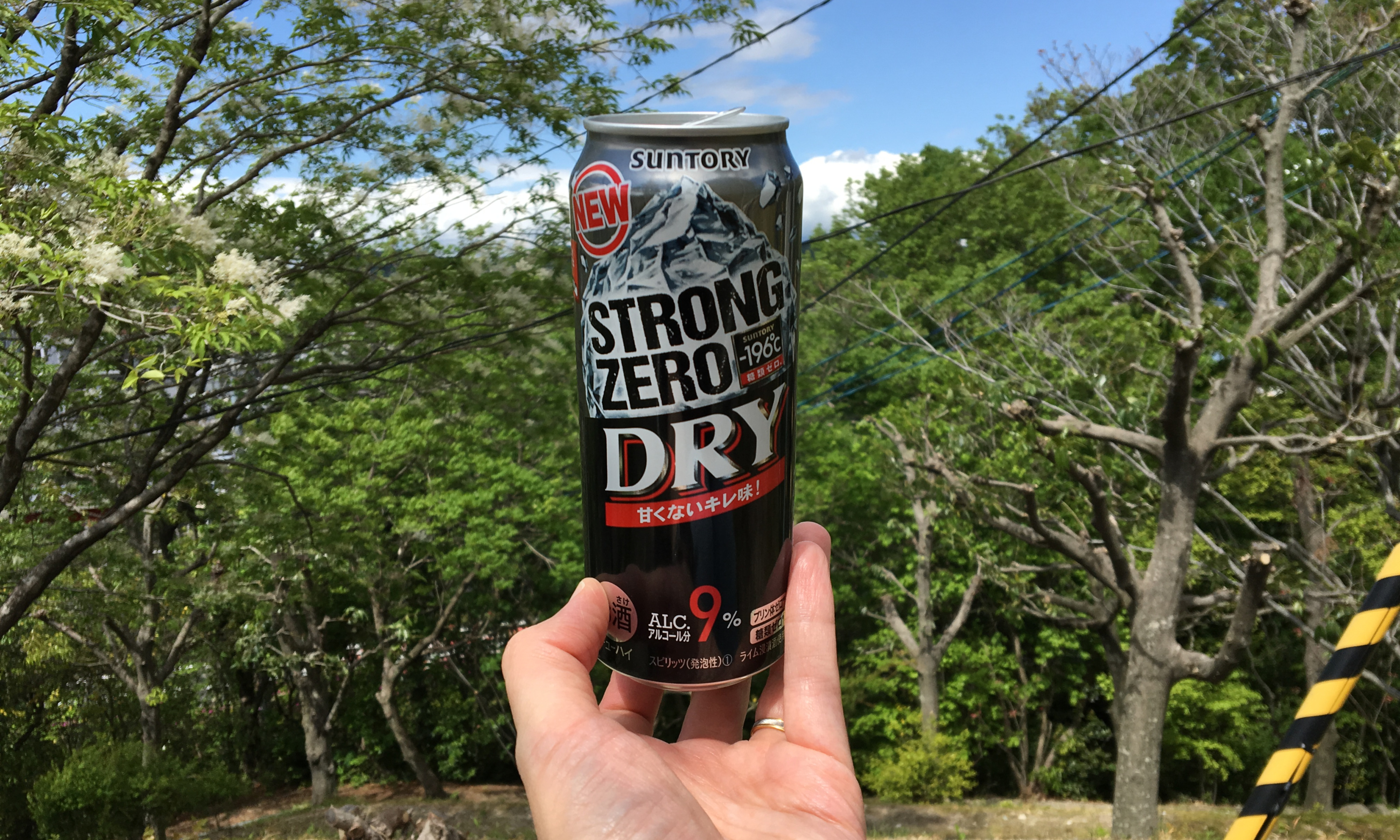 The tagline reads あまくないキレ味1 and I would agree with the first half. Strong Zero Dry has a distinctive lime flavour and tartness that would pair well with tempura or Pringles potato chips. The aftertaste, however, leaves a bit to be desired. I'm a huge fan of citrus drinks, even the artificially-flavoured ones. The lime in this drink does not strike me as lime. If anything, I'd venture that it's just plain carbonated water with alcohol in the can. Every sip just made me thirstier, which might be the point of a dry drink, but doesn't encourage a repeat buy if someone's trying to enjoy one of these on a hot day.

Given the choice between buying another one of these or a Sprite, I'd go with the latter.

500mL cans of Strong Zero Dry seem to go for around 220 Yen at convenience stores, but I picked this one up at a grocery store for 138 Yen. One thing I can say about this drink is that the alcohol did hit much faster than I've experienced with other 9% Suntory drinks. The first indications of the buzz were felt about 10 minutes after opening the can and stuck around for close to five hours. If the goal is just to have a long-lasting buzz, this will definitely do the job.