Stopping outside of the rather common Super “Dry”, we find Asahi making the interestingly named Prime Rich. The name promises a bit more than the liquid delivers, as its certainly clear, but not very rich. 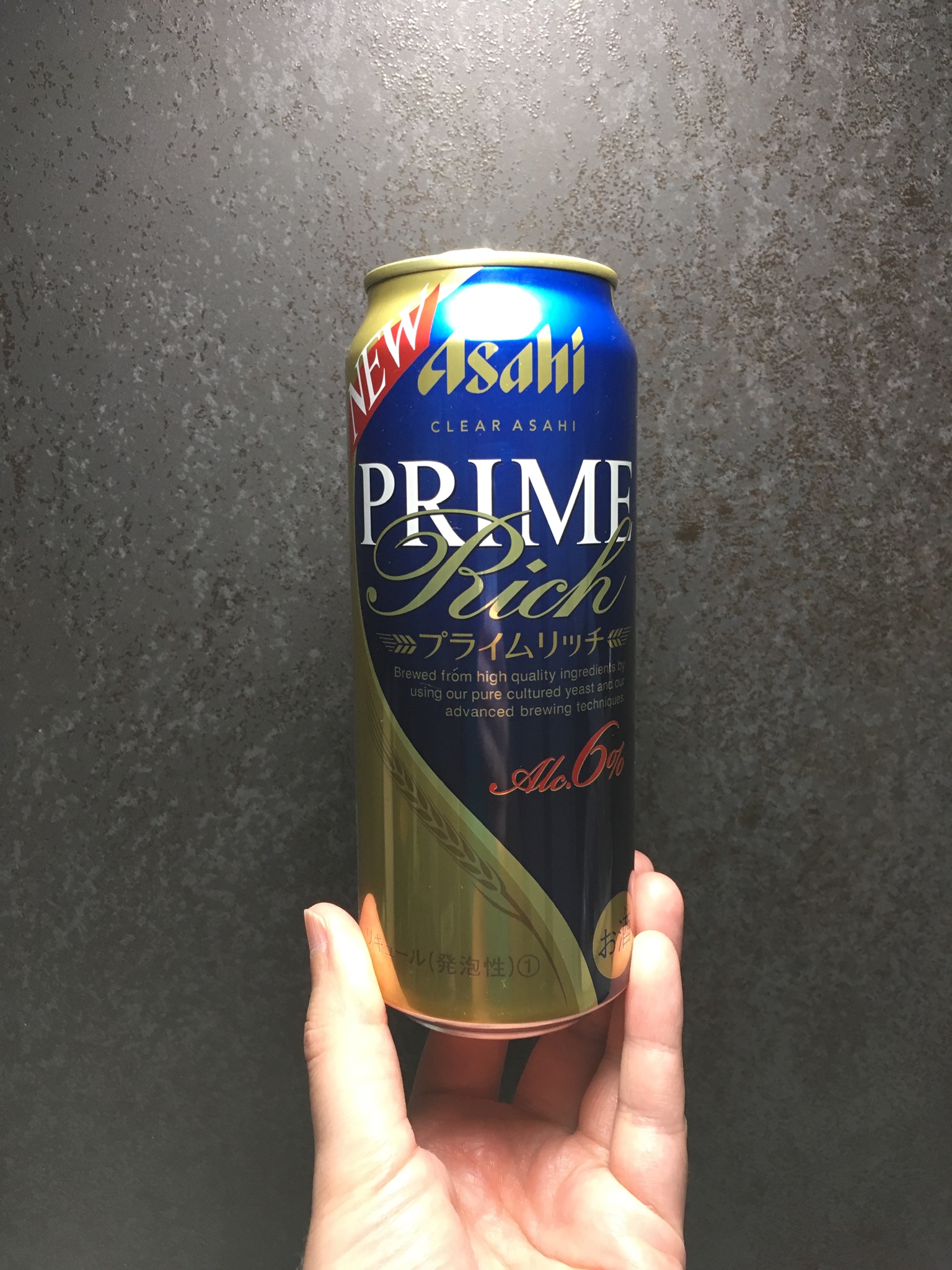 This is not to say that the flavor is not pleasant, because it definitely is. When drunk alone it’s a reasonable beer that won’t surprise your taste buds much. First contact is actually very bland and weak, but the aftertaste is far more expressive and enjoyable. It’s not a bad beer, but it comes into its own when you enjoy it with food rather than as an alone beer.

If you have some food with heavy ginger flavor Prime Rich blossoms into a great drinking buddy, so don’t knock it based on its unremarkable performance in solo flight.

Alcohol strength will give you some nice beer buzz if you are anywhere near my tolerance, so for the asking price of around ¥140 for a 500ml can there is a fair bit of value. Shop around a bit and you might find it for a little bit less, although I haven’t seen it for lower than ¥135.